How do the iQunet batteries discharge?

Home > Resources > Knowledge Base > How do the iQunet batteries discharge?

How do the iQunet batteries discharge?

In comparison to Lithium-ion batteries, the discharge of Lithium Manganese Dioxide (LiMnO2) batteries is difficult to determine. These LiMnO2 coin-cell batteries have a very stable voltage level during most of their lifetime and only start to have a significant voltage drop after approximately 2/3 of their lifetime. The normal behavior for coin-cells in the battery-powered iQunet sensors is as follows:

Keep the following figure in mind when using the voltage as an indication of the cell’s current capacity. 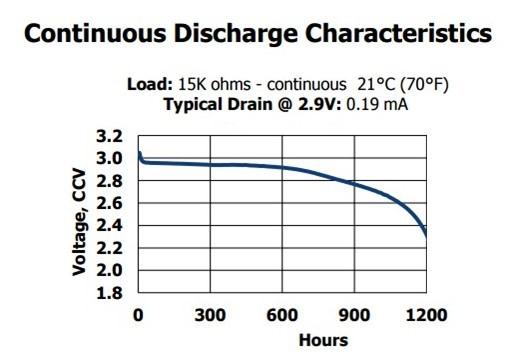 In contrast to other batteries, Lithium coin-cell batteries are designed to be discharged in “pulses”. Continuously draining more than 0.5mA from a CR2032 coin-cell for example will significantly reduce the battery’s lifetime and the battery will not be able to deliver the rated 250mAh anymore. To efficiently drain this type of battery, the application needs to have a very low constant drainage level with some high current drainage pulses from time to time. The iQunet sensors are in sleep mode for most of the time and will only wake up/transmit data for a short period of time per cycle, allowing the battery to recover itself and be drained optimally. 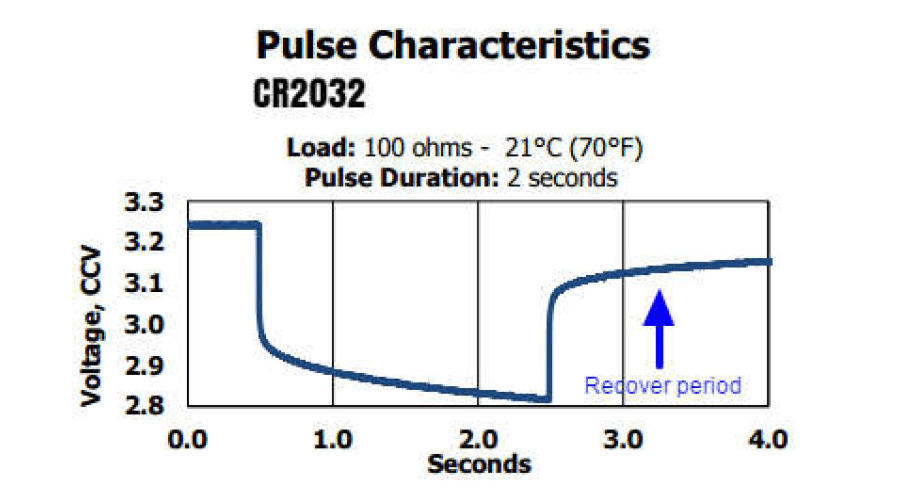 Remark: when a coin-cell battery is inserted in the wrong way in an iQunet sensor during installation (probably using force), the battery is put in shortcut and will drain within a few minutes. The second battery will then drain in the short-cut one and after a few hours both batteries will be empty.

Remark: a sensor working on 1 battery will only last 30-40% in comparison to a sensor with 2 batteries. The sensor’s battery electronics are working in such a way that they support each other during wireless transmission (the most power consuming action) in order to avoid voltage drops on the batteries. Voltage drops can exhaust the batteries very quickly.